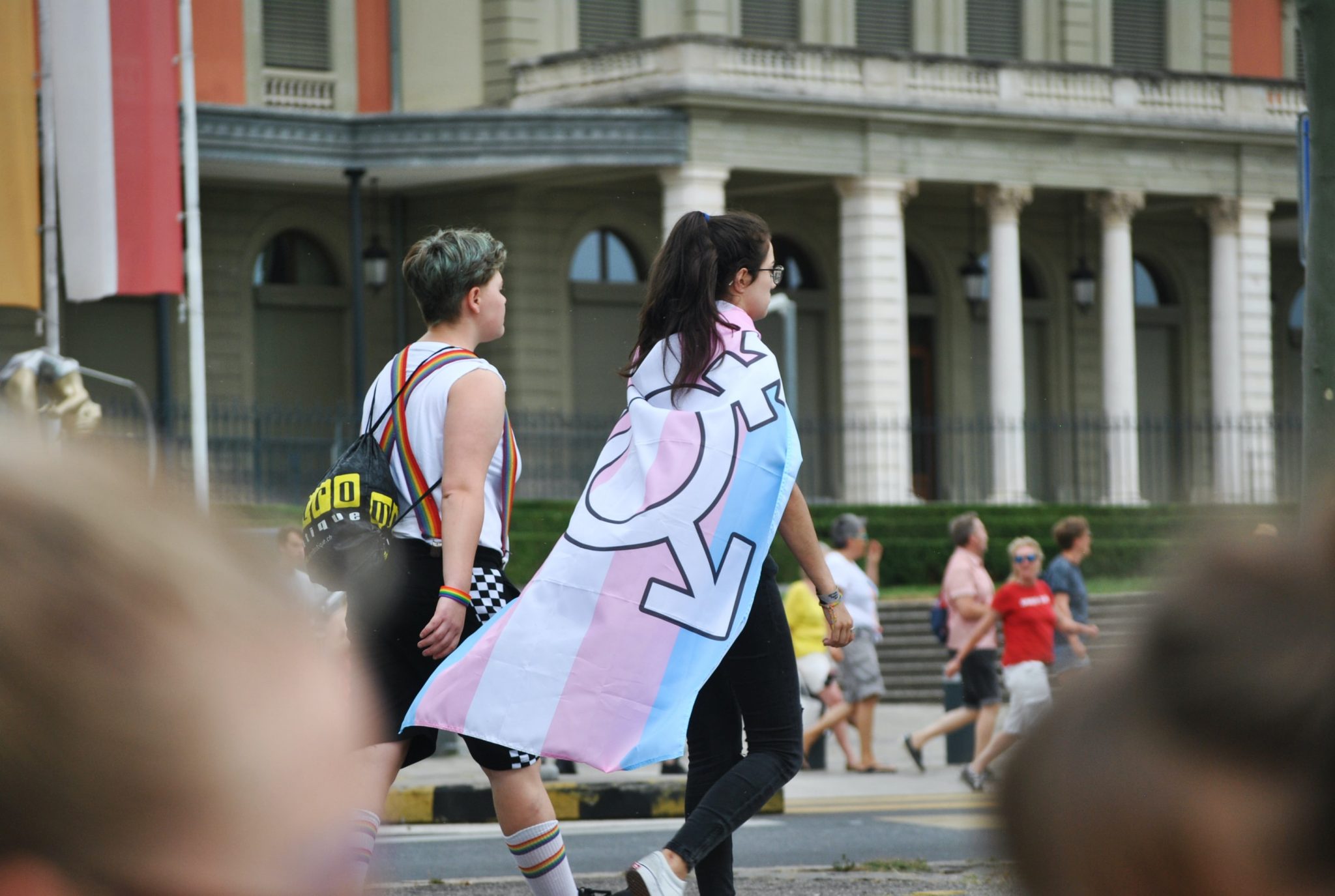 Maura Kinney (they/them), LMSW, is a social worker based in Austin, TX. They currently see clients at Austin Teen Therapy, a group practice geared towards supporting teens and their families through the challenges unique to adolescence. They also work with The SAFE Alliance’s Expect Respect Program, providing group and individual counseling to teens who have experienced interpersonal violence.

In my work with teenagers, I am struck often by the ways that generational shifts in consciousness occur. The concept of gender self-determination is one of the most significant changes I have seen a shift over the span between Millennials and Gen Z, leaving many of today’s teenagers with a clear concept of how and why the practice of sharing pronouns matters. At the same time, many of us – the adults in their lives – are still struggling with the basic terminology.

For parents especially, it can feel incredibly alienating when your children suddenly begin to identify with terms that seem like they come from a language you’ve never heard. Many of the parents I work with find themselves in a position of being asked to adopt language and theoretical frameworks without the time or space to truly understand them.

Young people today are being exposed to the concept of social construction (of race, of gender, of sexuality) so much more than ever before, and the adults in their lives need a minute to catch up. This article is my attempt to sum up the framework that so many of the young people with whom I work are operating within when it comes to gender identity.

The Social Construction of Gender

We live in a world ruled by the gender binary. This world outlines for us that there are two gendered ways of being that are decided by ultrasound pre-birth, or by sight upon birth. The categorization of a baby into one of these two ways of being – male or female – has historically decided the type of life this baby might lead.

Even today, when we have [relative] equality for [white, wealthy, ablebodied] men and women, the pronunciation of “it’s a boy!” or “it’s a girl!” has huge emotional weight for many. We envision the types of clothes this child might wear and the toys they might play with, the gender of the people they might date or marry, and the ways that they themselves may someday engage in parenting, as a father or mother.

For many of us, we learned that these two categories are based on biologically innate traits – XX versus XY chromosomes, two distinct types of genitalia, and secondary sex characteristics that emerge in puberty.

However, it is becoming increasingly clear that there is no such thing as biologically innate sex that fits into two tight categories. For one thing, it is estimated that in the US today, about 1.7% of babies are born intersex, meaning that there are about as many intersex people as people with red hair. Intersex is an umbrella term used to refer to an array of possible differences in genitalia, hormones, internal anatomy, or chromosomes from the two most common forms of human development.

If you, like me, did not learn about the existence of intersex until well until your adulthood (perhaps even until right now, reading this), you are not unusual. At many major hospitals today, doctors recommend operating on intersex babies to alter their genitalia, aligning it with typical male or female presentation, before children are able to express a fully realized version of their gender identity on their own terms. And while many of the differences that fall under the umbrella of intersex are important in challenging the gender binary, they are only some of many “complications” that arise when one attempts to break all of humanity down into two biologically distinct groups.

It is important here to draw connections between the ways that the gender binary has been enforced and the ways that white supremacy has operated in our country. Many Indigenous cultures have had systems of gender that expand far beyond the binary we are used to operating within, both in the US and beyond.

Ending the expression of many of these gender expansive ways of being was a key project of early American colonization, which sought to label these practices as “uncivilized” and “barbaric.” The Western world had built an economy, a system of labor, and a notion of family all upon the notion of the gender binary, and they were not about to have that disrupted by the Indigenous people they were “civilizing.”

How can all of this information and history help us wrap our heads around gender pronouns?

For one thing, it can help us see that this project of exploring and playing with gender is not new. It is not a trend that the teenagers of today are opting into because all their friends are doing it. The visibility of trans and intersex people has exposed and will continue to expose the fragility of the gender binary and because of this, more young people are feeling able to explore beyond it.

Regardless of whether the identities that young people try on throughout their adolescence make it through to adulthood with them, if we want to be supportive forces in their lives, we need to honor their attempts to tell the world the truth about what is inside them. Honoring the gender pronouns they want to use is one small way to do this.

However, even if you are fully onboard, it can be very difficult to honor new gender pronouns for a person you have known for a long time. The reality is that practice is the best way to get used to new pronouns.

Whatever option you choose, notice feelings that emerge for you as you practice. It can feel alienating to have to practice how to talk about someone you love. The experience can make us feel like we don’t really know this person, or, as we mess up a lot, that we are not adequately equipped to love them in the way they need. We might feel like we cannot keep them safe from people who might want to hurt them. These feelings are a natural extension of loving, and trying to push them away will often cause them to bottle up and emerge in damaging ways. I encourage parents to process feelings like this with supportive adults in their lives – another co-parent, a friend, and/or a therapist.

In closing, I want to affirm for anyone struggling with these new concepts that we all have the capacity to change the way we think about gender. It might be quite a struggle for some of us, but we need to put in the work to create a more inclusive world. Respecting pronouns is a simple way to show the young people in your life that you care about their inner world and emerging identity. It is a simple way to show love.

Resources Related to Gender and Pronouns

How to Survive Homework Time with Your Teen

How to Navigate Family Conversations about Money

Talking to Teenagers… About Romantic Relationships